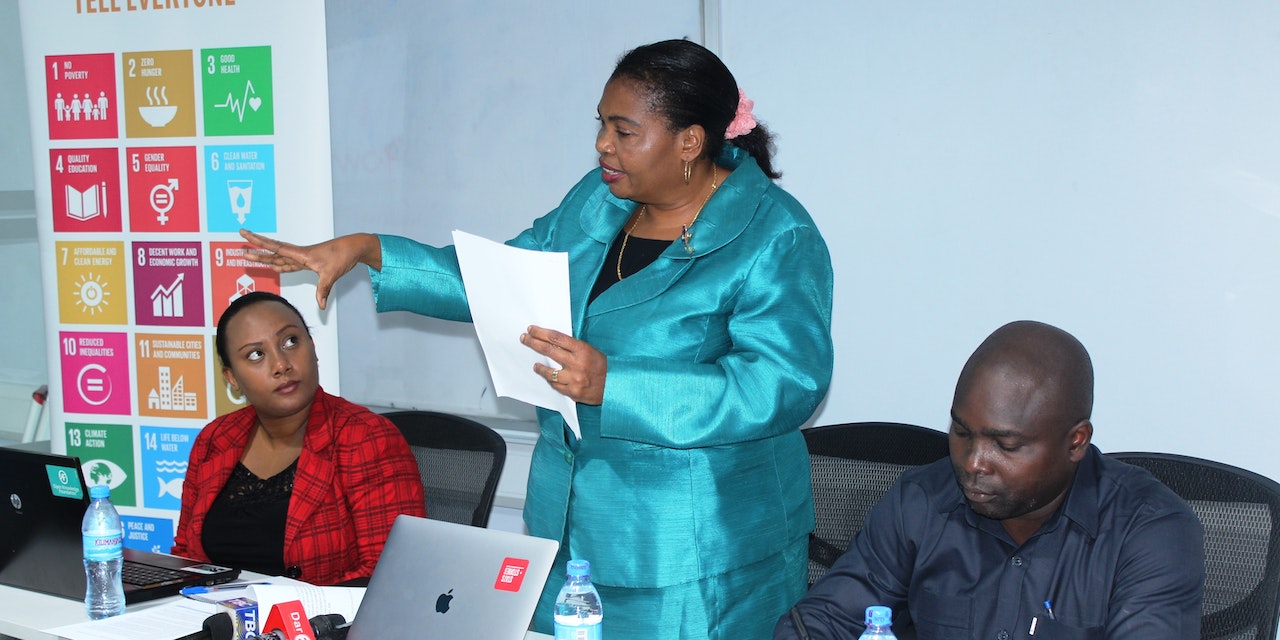 The review addressed successes and challenges in implementation of SDGs in all goals with more focus on six goals, namely, number 4, 8, 10, 13, 16 and 17.

Statistician General was speaking during the opening of the national workshop for Pilot Testing of the Draft Methodology for Measuring SDG Indicator 17.14.1 and Development of Environmental Satellite Accounts.

The two-day workshop was held at Dlab Conference Hall at Kijitonyama, Dar es Salaam, attracting stakeholders from Ministries, Departments and Agencies as well as from civil society organisations.

Dr. Chuwa told workshop participants that Tanzania was among the first countries in Africa to adopt the SDGs soon after they were passed by the United Nations in September, 2015, which demonstrates government commitment to that global development initiative.

She revealed further that Tanzania was also the co-chair of the Inter Agency and Expert Group on Sustainable Development Goals (IAEG-SDGs), which was created by the United Nations Statistical Commission (UNSD) tasked to develop and implement the global indicator framework for the Goals and targets of the 2030 Agenda.

Regarding the workshop, she emphasized that it was very important as it brought about a momentum on Tanzania’s race towards implementing SDGSs and other national and regional development agenda.

“The workshop is discussing mechanism for policy coherence as an important instrument to achieve overall objectives of SDG 17, which focuses on sustainable development through global partnerships,” Dr. Chuwa said.

A successful sustainable development agenda requires partnerships between governments, the private sector and civil society built upon principles and values, a shared vision, and shared goals that place people and the planet at the centre at both local, national, regional and global levels.

Dr. Chuwa expressed her optimism that the UN institution will continue to work closely with Tanzania in implementing other SDGs which are under its custodianship such as Goals Number 13, 14 and 15.